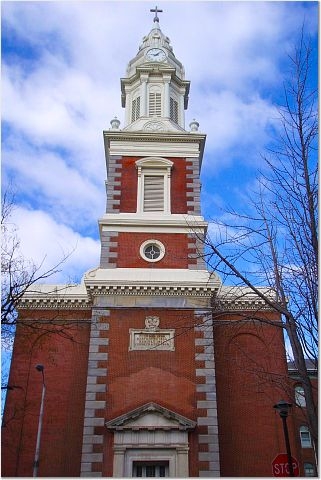 Trump’s election is likely going to change a lot of things, especially for immigrants, and most certainly for undocumented immigrants. So let’s walk through what happens now and the following days.

First, not much will change until Trump actually is sworn in in January. So there is some time to figure out who should be concerned, and why.

Second, there are some immigrants who have less time than others to take steps to work on their status. I’m especially thinking about DACA recipients. DACA’s – you guys rock. You are working, you are studying, you are making your communities better places. If you are near or close to 180 days til expiration, NOW is the time to file to extend your DACA. If there is more than 6 months, I think it would be worthwhile to file to extend no later than the end of December. This is about getting as much time as possible.

For persons eligible for DACA who didn’t yet make an initial application, you have a choice to make.  If you apply now for the first time, you are giving Immigration and Customs Enforcement (“ICE”) your address and contact information.  If they want to detain you, they could.  At the same time, if you are granted DACA – well, a Social Security Card is a very handy thing to have, even if it’s only for two years.  So any new DACA’s should carefully consider the potential risks and benefits.

Third, there are some immigrants who don’t have much to worry about. If you have status 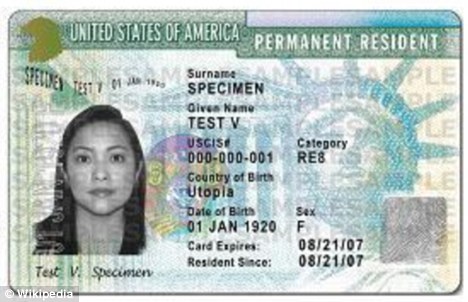 in the United States – I’m thinking immigrants with work visas, or greencards, or you are petitioning for a relative who is overseas – you should be OK.

Finally, there are some immigrants who have a reason to worry. I’m thinking about immigrants who are undocumented. There is a good chance that after Inauguration Day on January 20, 2017, we’ll go back to the days when ICE could arrest anyone who is undocumented, detain them if they want to, and seek to deport them. It is also quite likely that those persons whose cases are Administratively Closed will see their cases reopened.

To those immigrants without status, our lawyers have been here before, and we know what to do: fight for you in the courts. After the terrorist attacks of 9/11, we saw this: immigrants targeted for detention and removal proceedings. Those who fought often won. Those who gave up, lost, and were either deported or left.

To those immigrants without status, we want you to know that America has been here before. Tonight I am reminded of my law school, the Villanova University School of Law. It is located in Villanova, Pennsylvania, which is a suburb of Philadelphia.

Not many people know that Villanova University is in Villanova because in 1844, “Nativists,” persons who hated immigrants, burned down the St. Augustine Church in South Philadelphia. The Nativists did so because of a rumor that Catholics – then mainly Irish and Italian immigrants – were going to take the Bible out of Philadelphia public schools. The Augustinian Fathers literally were burned out of Philadelphia. 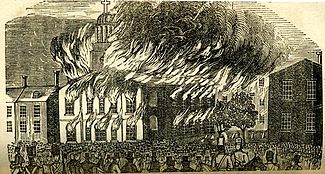 Lithograph of the old St. Augustine Church burning in 1844.

But you should also know that times change for the better. The Augustinian fathers founded Villanova University from that terrible incident, and the University served, and still serves, the children and grandchildren and great-grandchildren of those Irish & Italian Catholics who lost their church. The Augustinian fathers sued the city of Philadelphia, and they won compensation for the loss of their church. And they rebuilt St. Augustine’s, which still stands today at 243 N. Lawrence Street in Philadelphia.

The children of those Italian and Irish immigrants got jobs that counted. They served as police, as members of the military, and members of the media. They organized themselves politically and they learned how to make their votes count. Now is the time to work, not to falter or become disheartened.

The sun will rise at 6:40am this morning. I’ll be in the office all day. If you’re worried, know that we’re here for you, and we’ll fight for your rights.  We might even sue.